With a single breach, those scenes — and glimpses from more than 149,000 security cameras — were suddenly revealed to hackers, who had used high-level log-in credentials to access and plunder Verkada’s vast camera network.

A hacker shared some of the materials with The Washington Post to spotlight the security threat of widespread surveillance technologies that subject the public to near-constant watch.

The cache includes real-world images and videos as well as the company’s voluminous client list, which names more than 24,000 organizations across a vast cross-section of American life, including schools, offices, gyms, banks, health clinics and county jails.

The breach, which was first reported by Bloomberg News, highlighted a central vulnerability undermining the modern Web: As more companies race to amass vast stores of sensitive data, they are also becoming more fruitful targets for attack and making it that much easier for thousands of unaware people to be suddenly exposed.

But it also revealed a sweeping change to the way America now watches itself, through the increasingly ubiquitous eyes of cheap, Internet-connected cameras that capture our lives in ways many people may not realize — and etch them onto a Web that never forgets.

“This breach should be a wake-up call to the dangers of self-surveillance,” said Andrew G. Ferguson, a law professor at American University Washington College of Law. “We are building networks of surveillance we cannot escape from without really thinking about the consequences. Our desire for some fake sense of security is its own security threat.”

A Verkada spokesperson said its system is now secure and the company has blocked unauthorized access by disabling all internal administrator accounts. The company, which has advertised that its camera networks are “secure from the ground up,” has notified law enforcement, and its internal security team and a third-party security firm are now investigating the scale and scope of the breach.

Tillie Kottmann, a Switzerland-based member of the “hacktivist” collective Advanced Persistent Threat 69420, said the loosely organized team of fewer than 10 people stumbled onto log-in details for a Verkada “Super Admin” account that had been publicly exposed on the Web.

“We generally do not do targeted work. We all have ADHD and not a lot of patience,” Kottmann said. (The collective’s name combines the cybersecurity term for specialized hacking squads with two jokey meme numbers related to sex and marijuana.)

Once inside Verkada’s network, Kottmann, who uses they/them pronouns, said the team was stunned by how much real-time video they could watch — and how many internal features they could access. The company’s centralized software made it easy for the team to access a vast network of sensitive surveillance cameras with only a few clicks.

The hackers gained access on Monday and were able to view real-time footage and watch the full collection of customers’ saved videos, Kottmann said. The company was alerted by Bloomberg News and closed the breach the following day.

“It still feels incredibly surreal the amount of foothold I was able to gain from this,” Kottmann said. “That’s the irony of this whole thing: All the cool features they provide for security are exactly why everything broke.”

Founded in 2016, Verkada sells everything a school, workplace or company would need to start monitoring their real-world space, from indoor and outdoor cameras to door access controls and sensors for temperature, motion and noise.

The Silicon Valley company’s hardware connects to the Internet via Verkada’s cloud service, allowing customers to not just watch and store the real-time video from anywhere, but also to use the company’s artificial-intelligence features to track people as they move about the real world.

Verkada’s “People Analytics” software lets customers automatically search for a person across the building or campus — by the look of their face, the color of their clothes, whether they’re wearing a backpack, or their “apparent sex” — then track that person’s movement from room to room.

Verkada high-resolution cameras start at $599, and cloud licenses start at $199 a year. The company also sells a dedicated $1,999 “viewing station” that can stream up to 36 cameras at one time.

Verkada and its competitors advertise that their centralized surveillance devices can supercharge public security and keep people safe, by detecting dangers or deterring crime before it can even occur.

This business of “video analytics” systems is growing rapidly: Companies such as Avigilon have sold camera software with features for “unusual motion detection” and “appearance search” to a number of businesses and public organizations across the United States, including school districts scarred by mass shootings.

“The opportunity to be the operating system for all buildings in the world?” Aydin Senkut, the founder of Verkada investor Felicis Ventures, told TechCrunch last year. “Sounds like that market couldn’t be better.”

But the Verkada customer list provided to The Post also shows how staggering a single breach can be. The list includes churches, volunteer fire departments, hotels, sports bars, rehabilitation centers and children’s foster-care homes, as well as major tech companies such as Cloudflare.

Some of the clips show the deserted corridors of the pandemic era: a corporate office of abandoned cubicles stretching to the horizon; an empty classroom with an American flag. A Cloudflare spokeswoman said the Verkada cameras monitored the main entry points and thoroughfares of company offices that have been closed since last year, and that they were disconnected as soon as the company learned of the breach.

But many others show people simply going about their lives: workers on the floor of a manufacturing plant; people sitting in a hospital waiting room; a security guard alone on the graveyard shift.

Liz O’Sullivan, the technology director for the Surveillance Technology Oversight Project, a nonprofit advocacy group, said tech companies’ mass gathering of personal video and other data has left them under constant siege by hackers, who probe networks and use automated tools to test for vulnerabilities.

Some do it for fun, while others seek to hijack systems, blackmail targets or win a lucrative ransom. And the rush to install more and more Internet-connected devices around our homes and workplaces — the “Internet of Things” — is also fueling a wave of unprotected devices that put people’s privacy at risk. She noted how some websites, such as Insecam, allow anyone to watch thousands of public and unsecured Web cameras from around the world (and are even grouped by category, including “House,” “Kitchen” and “Pool”).

“This is the hypocrisy of the surveillance network: Anything you create under the guise of making more safety is a tool that can be turned against you,” she said.

“The more we centralize power into the hands of a few tech companies, the more at risk we are of things like this,” she added. And “for every one of these you hear about, there are 10 others you don’t.”

“Verkada had sold their system as particularly advanced in terms of privacy and security, which is ironic when you look at what happened,” Rollet said. “People don’t realize what happens on the back-end, and they assume that there are always these super-formal processes when it comes to accessing footage, and that the company will always need to give explicit consent. But clearly that’s not always the case.”

A Verkada spokesperson said Wednesday that the company gave administrative access to engineers and support staff so they could address technical issues.

Such access has also been an issue at other tech giants, including the doorbell-camera company Ring, which has fired employees for improperly accessing customers’ video data.

Some of the Verkada footage shared with The Post appeared to come from institutional settings where security cameras have long been a fact of life. Cameras in jails looked down over the toilets and benches of cramped holding cells. Others showed inmates talking together on a Friday night or being forcefully restrained.

But the cameras also revealed how more are being rolled into small businesses and residential neighborhoods. Companies like Ring and Google Nest advertise indoor and outdoor camera systems that can connect to the Web, and some owners have reported hacks and cyberattacks that have exposed their inner lives to the Web.

In several of the shared Verkada clips, children could be shown at play. In one clip, a young girl dances in a community center gym on a Friday morning as other kids wait in line. No one seems to really pay attention to her, except us.

“Every video stream, sensor upload and digital trail we create is vulnerable to illegal interception by hackers and lawful acquisition by police,” Ferguson said. “The breach is unusual and terrible, but we probably should be more concerned with what we think is normal and fine about digital surveillance technologies.” 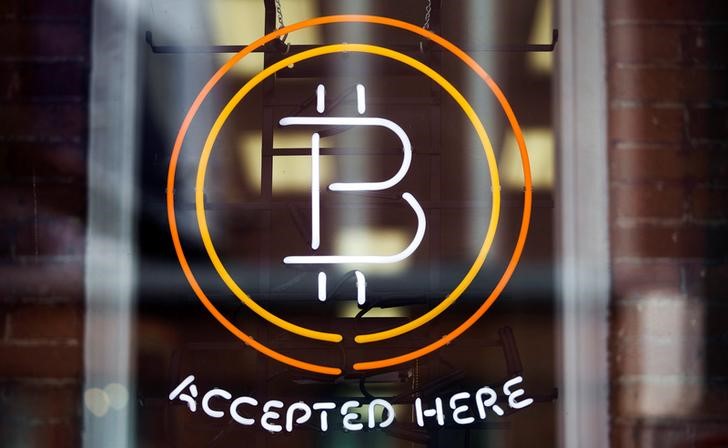 Away from MicroStrategy, this small business owner spent $200k on Bitcoin By BTC Peers 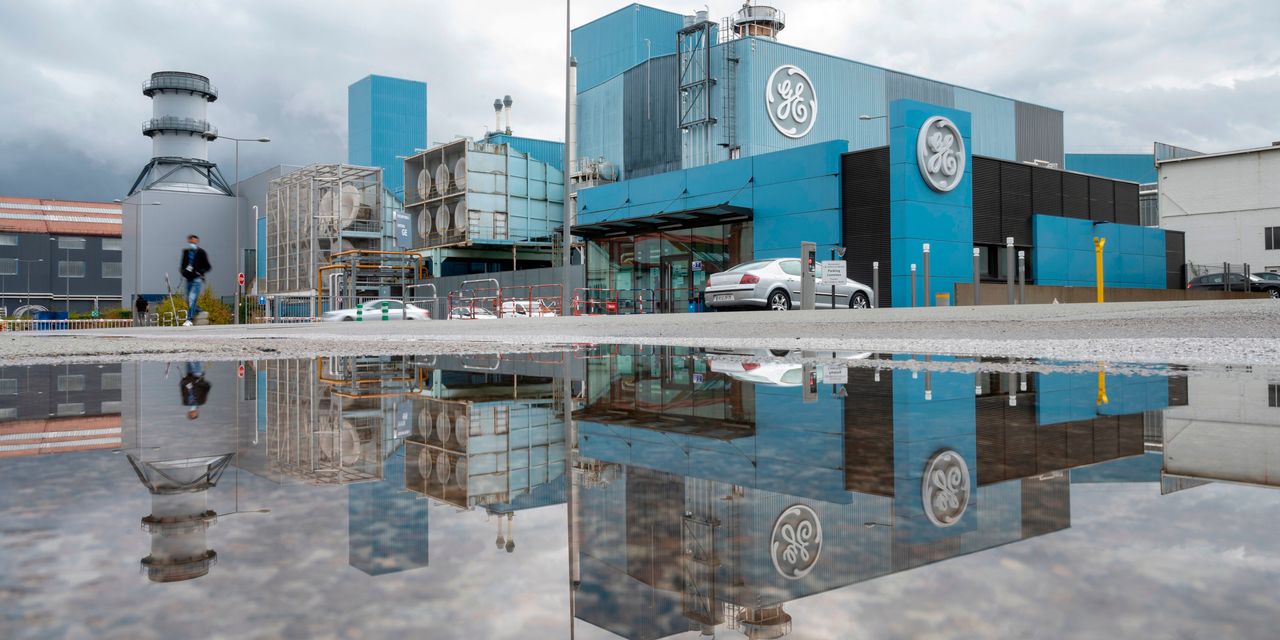