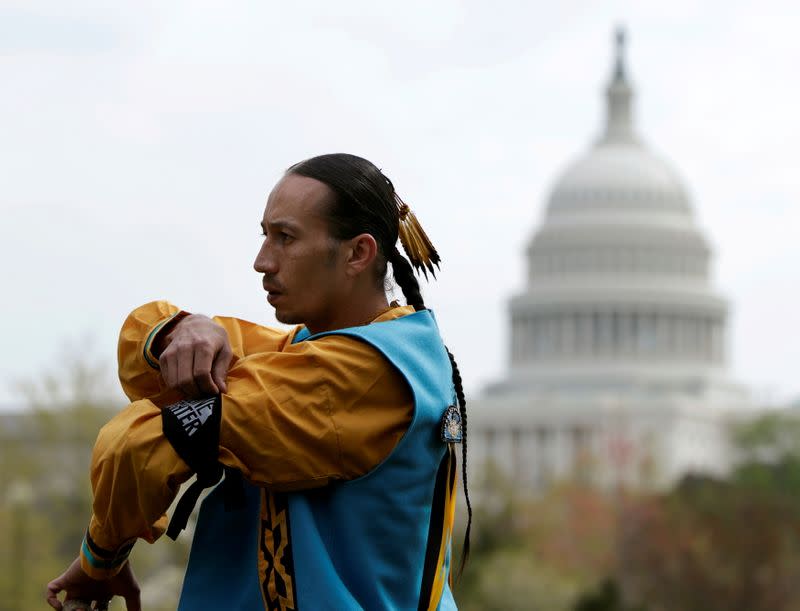 WASHINGTON (Reuters) – The Interior Department on Tuesday said it is taking several steps to make it easier for Native American tribes to take land back into trust and simplify a process that was slowed by the Trump administration.

Interior Secretary Deb Haaland issued a secretarial order that re-delegated authority to review and approve applications by tribes to regional Bureau of Indian Affairs directors, a reversal of a Trump-era order that gave jurisdiction to the Interior Department’s headquarters, which led to delays.

The policy of placing tribal lands in federal trust lets tribes re-acquire historic land and aims to remedy federal policies dating back more than a century that have resulted in Native American tribes losing their land base across the United States.

“At Interior, we have an obligation to work with Tribes to protect their lands and ensure that each Tribe has a homeland where its citizens can live together and lead safe and fulfilling lives,” Haaland, the first Native American U.S. cabinet secretary, said in a statement.

“Our actions today will help us meet that obligation and will help empower Tribes to determine how their lands are used – from conservation to economic development projects,” she said.

In recent years, tribes have faced delays and high costs to develop housing projects, manage law enforcement agencies and other economic development activities because of a patchwork of landholdings within existing reservation boundaries.

An Interior Department official told reporters there are roughly 1,000 pending applications by tribes to put land into trust, the majority of which are sections of land located within existing reservation boundaries.