T-Mobile US, which has emerged as the surprise leader in the new wireless technology known as 5G, is close to unveiling a broadband service for homes that may let a swath of U.S. consumers cut another cord — the landline tying their internet service to a traditional phone or cable company.

The Bellevue-based wireless provider, the second-largest following its acquisition of Sprint a year ago, expects to sign up 7 million to 8 million homes with 5G broadband over five years. Thanks to that $26.5 billion acquisition, T-Mobile has a year lead in 5G over rivals Verizon Communications, the industry’s biggest company, and No. 3 AT&T.

But if this all sounds a tad familiar, that’s because it is. From tech companies that vowed to launch broadband service via orbiting satellites to phone companies pledging to lay fiber-optic cable to your door, would-be competitors have so far failed to shake the cable industry’s grip on superfast internet service.

“5G wireless home internet, in and of itself, is not an existential threat to traditional home broadband services at this time,” said Tammy Parker, an analyst with GlobalData.

T-Mobile’s initial goals, outlined for investors earlier this month, represent only a small bite at a big apple: Cable and phone providers in the U.S. have about 106 million internet broadband subscribers. But the arrival of a potentially disruptive broadband technology could help feed a data-hungry nation that’s still learning and working at home because of COVID-19, especially if the carrier undercuts the industry’s average price of about $65 a month.

T-Mobile’s initial target for 5G home will be areas where broadband is most lacking and where the company has the greatest capacity, Chief Executive Officer Mike Sievert said in an interview this month. Using its advantage in certain 5G frequencies, Sievert said, the company can extend the service quickly.

“We intend to be a relevant home broadband player in all three markets — underserved, reasonably served and well-served markets,” Sievert said. “We’ll have pretty good options for high-speed broadband.”

Previous efforts have failed. Using new high-frequency millimeter-wave signals, wireless carriers have said they can offer households internet and TV service that is as fast as or faster than cable. But those frequencies can’t carry the load alone. They struggle to penetrate foliage, windows or even high humidity.

Just last month, carriers led by Verizon and AT&T bid $81.2 billion for 5G airwaves that are supposed to fill the void and deliver a host of new services, from self-driving cars and surgical robots to wireless home broadband.

These midband airwaves are prized for their combined ability to travel far and carry lots of data. T-Mobile acquired an abundance of those frequencies with its takeover of Sprint. That arsenal gives T-Mobile a head start in the 5G race.

T-Mobile’s effort follows by more than two years Verizon’s launch of the first 5G home service in the U.S. It was initially offered in four cities and has since expanded to 12, but progress has been slow. Verizon was always going to face a challenge to connect homes using high frequencies.

Peter Supino, an analyst with Sanford C. Bernstein & Co., estimates Verizon’s 5G home service was available to fewer than 600,000 homes and had signed up fewer than 100,000 subscribers as of year-end.

A “staggering whiff,” he said.

AT&T, meanwhile, is downplaying 5G as a primary option for home broadband and is instead emphasizing a combination of fiber where viable, fixed-wireless services and mobile.

The situation could change. In an effort to improve its 5G position, Verizon just spent $45 billion on midband airwaves to blanket the country in 5G coverage. The carrier now says it will have enough of the new C-band airwaves and millimeter-wave frequencies in use to make 5G service available to 15 million homes by the end of the year, and double that in two years.

Yet while midband spectrum is seen as sort of the “Goldilocks” of airwaves, it doesn’t provide speeds of 1 gigabit a second or faster that cable providers already offer. T-Mobile’s best option will be to undercut cable providers with a lower-priced service.

That may be where the company is headed. On Monday, T-Mobile cut the cord on its own bundle of pay-TV channels online — a service called TVision — and said it will offer customers Google’s YouTube TV instead at a discounted price of $54.99.

A lot of the decisions about where 5G home will be offered depend on where carriers have the network capacity.

“There remains a viable case for fixed-wireless internet in unserved areas, including rural markets and certain urban areas that do not have ample broadband options,” GlobalData’s Parker said. T-Mobile can accommodate home broadband users where it has excess capacity, and beyond that, it’s economics, she said.

“That’s something all wireless service providers need to consider when they are allocating network and operational resources,” Parker said.

AT&T predicts a future where homes use more than a terabyte of data a month — too much to be met by 5G home service, according to the company.

“The large consumption that we are anticipating over the next five years will be hard to meet with a wireless-only solution, to be honest with you,” Jeff McElfresh, AT&T’s CEO of communications, said at the company’s investor day earlier this month. 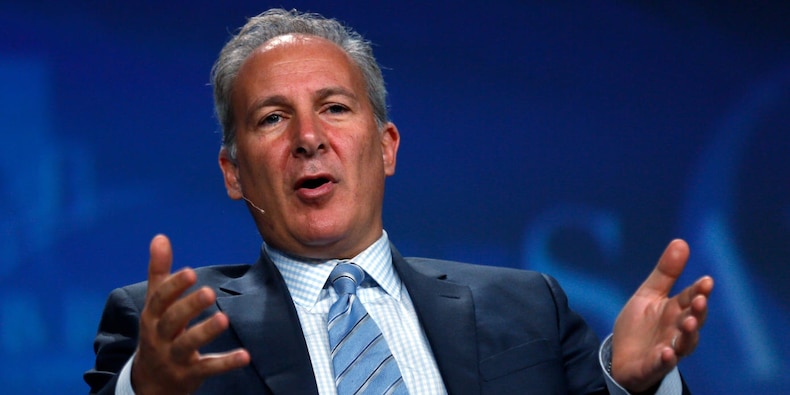