Louisville is reworking its LouVax program, shifting away from the mass vaccination site at Broadbent Arena in favor of meeting people closer to where they live.

Dr. SarahBeth Hartlage, associate medical director with Louisville Metro Health and Wellness, said during a press conference Tuesday that the city is adopting a mobile vaccine operation. Teams of medical providers will go directly to different parts of the city to reach people who may have difficulty getting to Broadbent and other existing vaccination sites.

“Our mobile missions can be anything from 10 people to 1,000,” Hartlage said. “But they’re tailored to specific groups, including neighborhoods, demographics [and] various community organizations. We are able to go out and meet people where they are to give them the best service, and hopefully help us achieve that herd immunity by reaching into every corner of the city.”

Nearly 75,000 total doses have been given at Broadbent since Dec. 31, Hartlage said in an email to LouVax volunteers obtained by WFPL News.

LouVax will administer its last batch of first doses on April 9. Hartlage said appointments for second doses will continue through the end of the month.

Last weekend, the health department tested the mobile format at the Hope Wellness Center in the West End. More events are scheduled later this week. The operation will ramp up as activity at Broadbent slows.

Hartlage said a calendar of mobile events will be available on the city’s website.

“People are excited to see you show up in their community,” shesaid. “When you show up and meet people where they are, they’re very happy to be able to get their vaccine and see that the providers and department care.”

But Louisville will still have a mass vaccination site once Broadbent Arena closes. University of Louisville Health, in partnership with the state government, will start giving doses outside Cardinal Stadium on April 12.

UofL Health chief medical officer Dr. Jason Smith said it will be the largest regional site in Kentucky, with 24 lanes of traffic. He expects about 24,000 vaccinations at the site during its first week of operation. Last week, a combined 28,000 first doses were given at vaccination sites throughout the city.

“What we’ll be able to do with the continued supply of vaccine from the state and national supply is do between 4,000 and 5,000 vaccinations per day at this Cardinal Stadium lot,” Smith said. “From that, we think, over the course of that six weeks or so, we can deliver almost 200,000 vaccinations here in the city of Louisville.”

Appointment scheduling will open March 31 at uoflhealth.org or by calling 502-681-1435. All Kentuckians ages 16 and up will be eligible to sign up.

The 754 new cases from last week marks the lowest weekly total since July. But Moyer said multiple variants of the virus have been found in the city’s wastewater, and Louisvillians should continue getting vaccinated and taking safety precautions to prevent a spike in cases.

“Variants are spreading in areas where we have less vaccination,” Moyer said. “We’re just really trying to get everyone vaccinated as quickly as possible.”

Moyer also announced 17 new deaths from last week. The city’s total death toll will likely surpass 1,000 next week. As of Tuesday, 70 Louisvillians are hospitalized with COVID-19. Fourteen patients are in the ICU and nine are on ventilators.

This story has been updated. 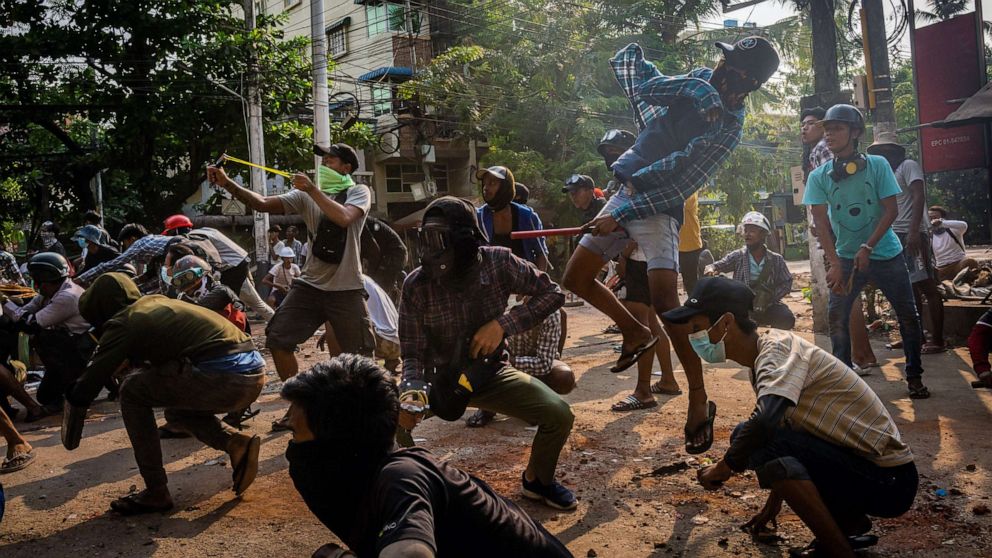