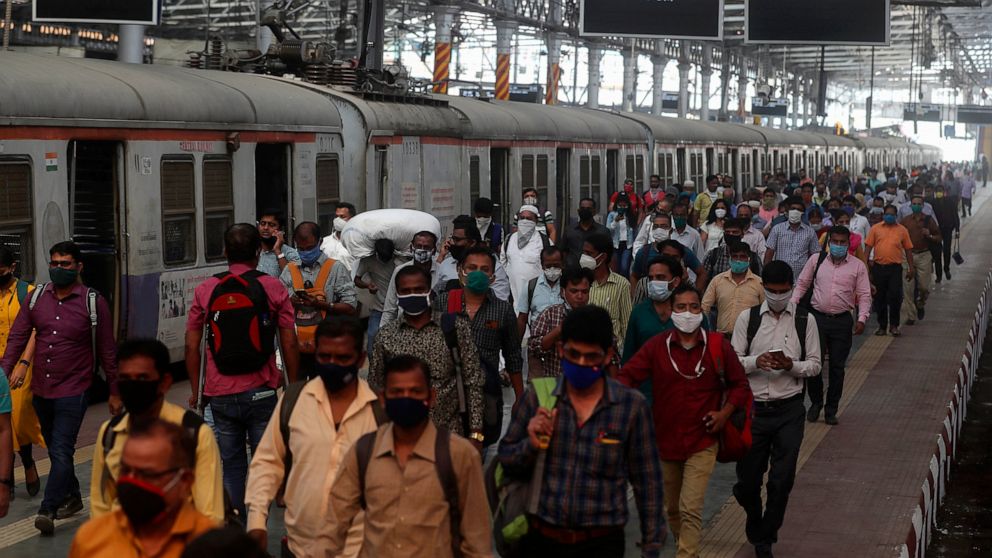 NEW DELHI — India’s government has proposed to increase spending on health care in a $477 billion budget for 2021-22 that promises extra help for weathering the coronavirus pandemic.

India is in its worst economic slowdown in a decade. The budget proposal presented to parliament by Finance Minister Nirmala Sitharaman on Monday also focuses on developing financial institutions and shoring up of infrastructure to get the pandemic-ravaged nation back on track as the world’s fastest-growing major economy.

“India is well well-poised to be the land of promise and hope,” she said in explaining the budget for the fiscal year that begins April 1.

Contrary to expectations, the proposed budget did not promise extra support for the country’s farmers who have been protesting for more than two months against new agricultural laws which they say will favor large agribusiness and corporations.

Those protests have posed the biggest political challenge for Modi since he took office in 2014, in part because farmers are the most influential voting bloc in the country.

Sitharaman said the government plans to spend $30.20 billion on health care over the next six years to improve an underfunded health system that has creaked under the additional burden of the pandemic, which has killed more than 154,000 Indians so far.

India is providing two vaccines: the AstraZeneca shot manufactured locally by Serum Institute of India and another made by Bharat Biotech. More than 3.5 million people have been vaccinated so far.

The government’s budget lays out a series of initiatives. It lifts caps on foreign investment in its insurance market; provides funds for recapitalization of state-run banks that are saddled with bad loans and proposes exemptions for senior citizens for filing income tax returns.

The budget is bound to be enacted. But India’s opposition parties criticized the budget for failing to address core issues of unemployment and job losses.

The main opposition Congress party leader Shashi Tharoor said the Modi government’s budget reminded him “of the garage mechanic who told his client, ‘I couldn’t fix your brakes, so I made your horn louder.’”

Independent economists, however, paint a grimmer picture. Many say India’s economy contracted more than what Prime Minister Narendra Modi’s government claims in part because his administration lacks a credible way to estimate growth in the informal sector. Backbone of the Indian economy, it has been hollowed out by a long pandemic lockdown.

Recent changes in India’s statistical processes have accentuated these fears, with economists questioning the data quality.

Just a few years ago, India’s fast-growing economy seemed to be lifting millions out of poverty. But a surprise demonetization in 2016 and the hasty rollout of a goods and services tax in 2017 were harsh blows for manufacturing, the largest contributor to India’s economy.

The government provided a $266 billion pandemic relief package in May and a $35.1 billion package in November to cushion the blow from the lockdowns and virus outbreaks.