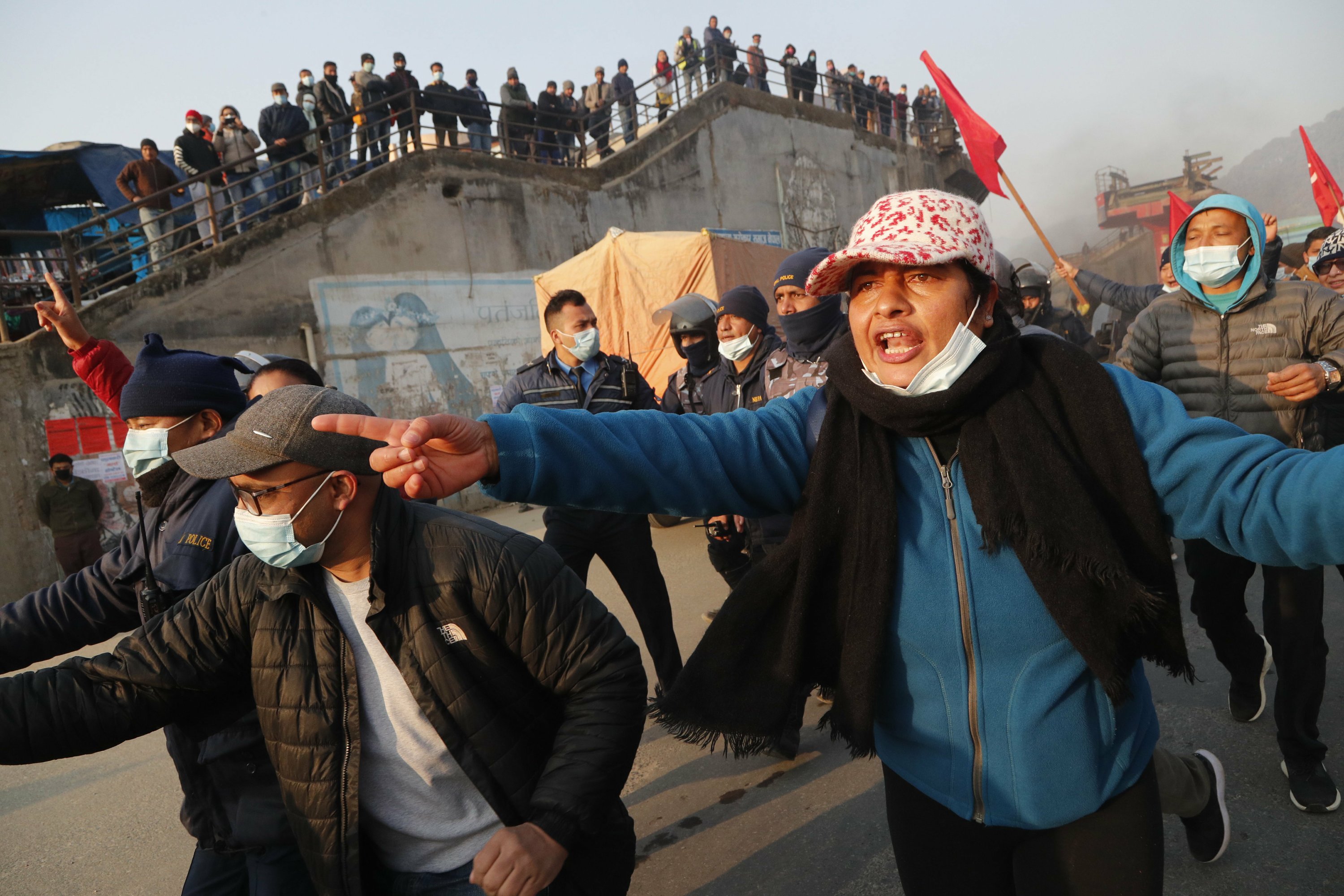 Highways were deserted and shops were closed by the strike, called to protest Prime Minister Khadga Prasad Oli’s decision to dissolve Parliament and announce new elections.

Authorities stepped up security across the Himalayan nation, but there were no reports of violence. Police detained 75 supporters of the party faction who were blocking roads to enforce the strike.

In the capital, Kathmandu, riot police guarded the main streets and stopped people who were forcing vehicles off the roads.

The splinter group has been organizing street protests since Parliament was dissolved on Dec. 20 at the direction of the prime minister and new elections were announced for April 30 and May 10.

Oli became prime minister after his Nepal Communist Party won elections three years ago. His party and the party of former Maoist rebels had earlier merged to form a unified Communist party.

Tensions, however, have grown between Oli and the leader of the former rebels, Pushpa Kamal Dahal, who is also co-chair of the party. The two had previously agreed that they would split the five-year prime minister’s term between them, but Oli has refused to allow Dahal to take over.

Both Oli and Dahal claim the Nepal Communist Party as theirs and the issue is being disputed at the Election Commission. Dahal’s faction even announced that it had ousted Oli from the party at a meeting last month.

The opposition has also accused Oli’s government of corruption, and his administration has faced criticism over its handling of the coronavirus outbreak.

Oli also has been accused of moving closer to China and drifting away from Nepal’s traditional partner, India, since taking power.