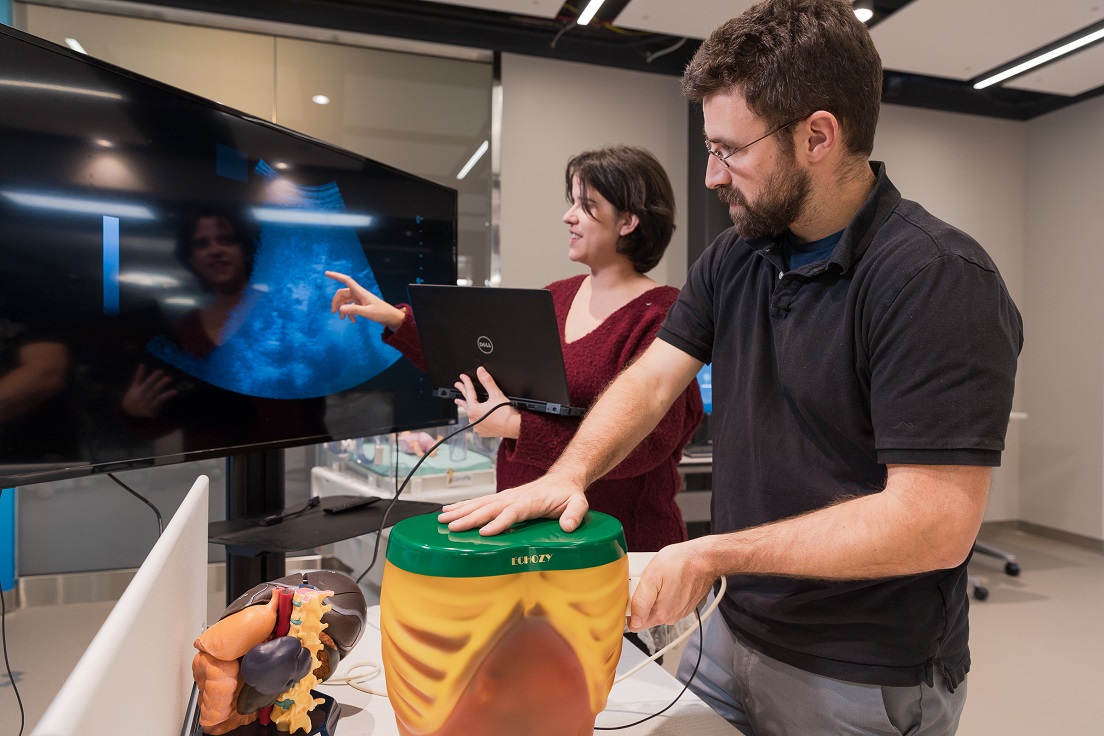 In a study published in the medical journal Scientific Reports on Tuesday by scientists from GE Research in Niskayuna and the Feinstein Institutes on Long Island found that ultrasounds targeted on the livers of mice reduced weight gain and alleviated some of the causes of obesity itself.

The use of a medical imaging device such as an ultrasound in treating disease is what is known as bioelectronic medicine, which GE scientists and others have shown to be an alternative to surgery or drugs.

GE won’t go so far as to say they have discovered a potential cure that would end obesity in humans. But the study shows extreme promise in the power of using sound waves — the technology used in ultrasound machines — to treat or alleviate the causes and effects of many diseases.

Victoria Cotero, a senior scientist in the Biosciences Group at GE Research who was co-principal investigator on the study, says GE has been working on the use of ultrasounds as medicine since 2016 in collaboration with the Feinstein Institutes and others.

“From diabetes to now obesity, we are showing the future potential of this platform as an alternative to drug treatments to treat these chronic conditions,” Cotero said.

The sound waves from the ultrasound machine essentially tap into the body’s nervous system to fix the “metabolic disfunction,” GE says, that leads to diseases like obesity.

The mice used in the study were broken into two groups. One group was fed either high-fat or high-carb foods. The scientists called it a “Western diet” that caused weight gain.  The control group was fed a healthy diet. They were then broken up into four more groups, with half receiving the ultrasound treatment.

The overweight mice that received the ultrasound treatment saw their weight gain slowed and their belly fat reduced. They also stopped eating as much.

Sangeeta Chavan, the principal investigator on the study and a professor in the Institute of Bioelectronic Medicine at the Feinstein Institutes, said that successful obesity treatments can also help alleviate other side effects suffered by obese patients, such as heart disease, diabetes, and high blood pressure.

“These encouraging results show the unrecognized potential ultrasound has to alleviate this deadly condition,” Chavan said.

Essentially, the study shows that “the overall severity of obesity was reduced,” which stops short of a finding a cure, although the potential for the use of ultrasounds to treat diseases, especially those involving inflammation, is limitless.

Just in November, Chavan, the Feinstein scientist who led the obesity study, published a paper announcing she and her research team had found a cluster of neurons in the brain that control the body’s release of cytokines, an immune response in the body that leads to inflammation.

Cytokines have been brought to the public’s attention over the course of the coronavirus pandemic as some COVID-19 patients have suffered from deadly “cytokine storms” that cause severe inflammation in the body. The best cheap web hosting in 2021