“Move your f—— car, you stupid Jew,” she screamed in the video. “Just because you’re Jewish and a Democrat doesn’t give you the right to stay there. Move it.”

During the confrontation, Socolov, 64, allegedly returned to her Prius and rammed into the SUV with her car, the other driver told police.

Socolov, who was arrested Saturday for driving under the influence and disorderly intoxication, did not immediately return request for comment late Tuesday. In an interview published by the Miami Herald Tuesday, Socolov acknowledged the encounter, but denied allegations that her rant was anti-Semitic, saying she is Jewish herself.

“I’m not anti-Semitic. I’m getting persecuted,” Socolov told the Herald. “Look at these Democrats getting away with bulls—.”

As outrage over the clip mounted on Tuesday, the Miami-Dade Police Department was forced to clarify that Solocov no longer works for the agency and condemned her remarks captured in the video.

“This hateful speech is appalling and does not represent the values of the MDPD,” the department said on Twitter.

According to a probable cause affidavit filed by the Palm Beach Sheriff’s Office, the confrontation caught on video happened outside Pho Boca restaurant at about 7:30 p.m. on Saturday. The 78-year-old victim had parked his white Mercedes-Benz SUV in front of Socolov’s car to pick up a to-go order when Socolov confronted him. She demanded that he move the SUV, police said, but before he could move, Socolov allegedly returned to her Prius.

“She then put her car in reverse and rammed our car,” the victim said in a written statement provided to the sheriff’s office. The driver said he refused to move after the collision and called 911. He said the dispatcher told him to stay in the SUV and lock the doors.

Meanwhile, Socolov allegedly got out and began yelling again.

“She was wild, screaming, ‘Jews move your car,’ and pounding on passenger side window trying [to] break it,” he wrote. “She appeared to us to be on something or drunk.”

Police who responded to the 911 call put Socolov through several sobriety tests. The affidavit said Socolov had “slurred speech and could not maintain her balance without holding on to her vehicle” and “there was a “strong odor of an unknown beverage emanating from her.” She allegedly told police she had four ginger beers, which are not typically classified as alcoholic beverages. A test found Socolov’s blood alcohol content to be 0.157 percent, nearly twice the legal limit, according to the affidavit.

In an interview with the Herald, Socolov was unapologetic about the tirade caught on film.

Socolov, who told the Herald that she is a Republican, continued to berate the driver of the SUV in the interview, claiming they “made their own f—— parking space” and “wouldn’t move because they’re holier than thou.”

“Oh well, f— them. Democrats,” she told the Herald.

Her Saturday arrest was not the first brush with the law for Socolov, who spent nearly 20 years working for the Miami-Dade Police Department, according to her LinkedIn profile.

In 2015, she hit and killed a homeless Vietnam veteran while driving home at night, the Miami New Times reported. Socolov did not stop after hitting the man, but turned herself in to police after driving past the spot the next morning and seeing what looked like a body covered by a yellow tarp. Still an active police department employee at the time, Socolov told investigators that she did not realize she had hit a person. The Miami-Dade State Attorney’s Office chose not to charge Socolov with a crime.

Video of Saturday’s heated confrontation went viral Tuesday after activists with StopAntiSemitism.org posted the clip on Twitter, calling it an “INSANE anti-Semitic rant over a parking situation.”

Meanwhile, the Miami-Dade Police Department condemned Socolov’s actions and reiterated on social media that she no longer works for the agency.

“The person depicted is a retired MDPD civilian employee,” the department said in a statement on Twitter Tuesday.

The department added that its Homeland Security bureau is investigating the incident, though it is not clear what the agency is reviewing. 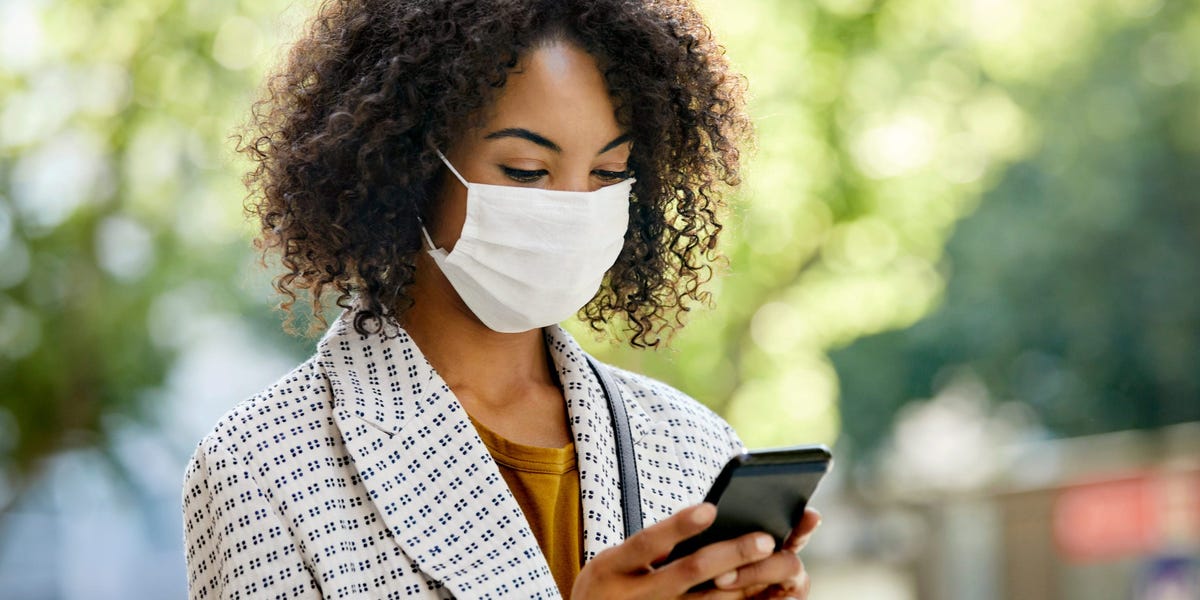 How to unlock your iPhone while wearing a mask, Apple Watch owners only