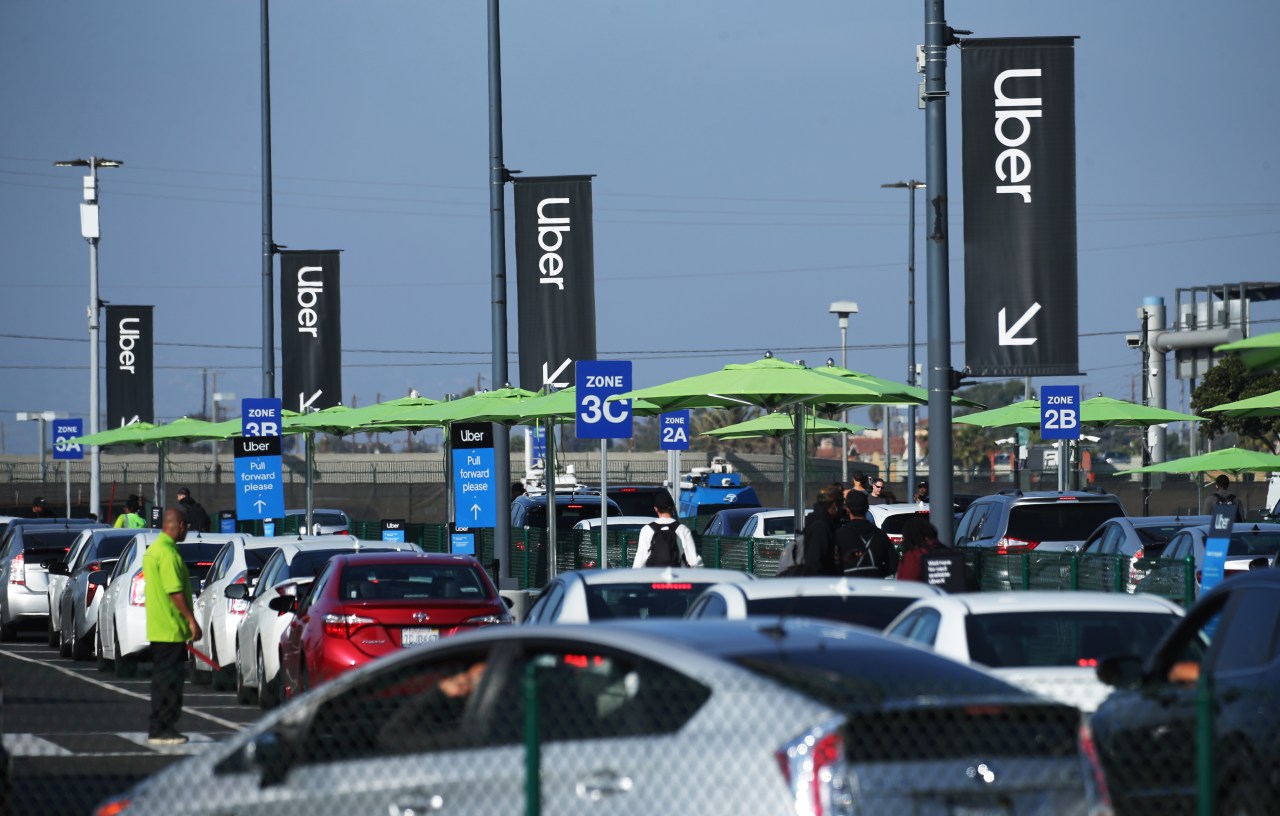 An Uber passenger allegedly hurled racial and xenophobic slurs at his driver Tuesday evening outside the Los Angeles International Airport.

The Filipino American driver on the receiving end of the insults says he was picking up passenger Kyle Harrington and his kids at the LAX rideshare pickup spot when the confrontation began. The driver, who does not want his identity revealed, says Harrington wanted to sit in the front passenger seat but Uber’s COVID-19 safety protocols do not allow that.

“All of a sudden, he got mad because I couldn’t let him sit in the front seat,” the driver said. “He just slammed my door, saying ‘I don’t give a —.”

Stella Hwang, who heard the insults, stepped in to defend the driver.

“The passenger of the Uber vehicle yelled out, ‘You Asian —, You probably don’t have papers to be here,’” Hwang recounted. “Without hesitation, I fled into action.”

The driver started recording the incident because he says he was scared after the man “told me I was an Asian piece of —.”

“He was very timid, startled, was pretty much in shock. I just wanted to make sure he had some type of help,” Hwang said of the driver.

In the recorded video, Hwang can be heard yelling to Harrington, “The world doesn’t operate like this.”

Harrington responds saying, “Let me guess, you’re not married?” He later says, “This is none of your business.”

“You made it my business the minute you got f—ing loud,” Hwang responds. She’s then heard saying, presumably to his kids, “Boys I hope you don’t turn out like him.”

“Go get a husband,” Harrington responds.

“Your dad is a motherf—ing racist. How does that feel?” Hwang says to the kids.

Uber confirmed to KTLA Friday that Harrington has been banned from using the service.

“Uber does not tolerate racism or hate in any form, against any community,” the company said in a statement to KTLA. “We are shocked and saddened by the recent increase in anti-Asian hate, particularly when it affects a driver or rider. In this case, we have banned the riders for violating our policies, and have been in touch with [the driver] to support him after this upsetting incident.”

The company confirmed Harrington was the passenger involved.

Mirroring a national trend, hate crimes against Asian Americans and other Asian and Pacific Islander communities in Los Angeles rose sharply in 2020.

The alleged verbal assault outside LAX is the latest against an Uber driver of Asian descent.

In a caught-on-video incident, a San Francisco driver was attacked by a woman who refused to wear a mask. She was recently arrested after seen coughing on the driver, who is South Asian and believes the incident was racially motivated.