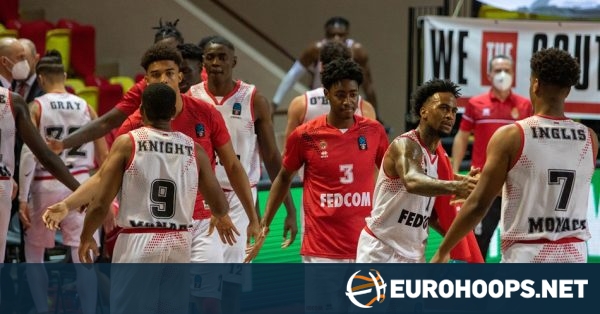 UNICS Kazan and AS Monaco made it to the 7DAYS EuroCup Final which is set to tip off on April 27th but it won’t happen in the initially planned place.

Due to national restriction caused by the coronavirus pandemic, the two teams agreed on slightly different schedule and as a result, Monaco will host Game 1 instead of UNICS.

By agreement between 7DAYS EuroCup finalists AS Monaco and UNICS Kazan, the order of how they will host games in their upcoming best-of-three series to decide the competition’s champion has been altered to avoid complications due to national restrictions concerning the global COVID-19 pandemic.

As a result of the changes agreed between, the venues of the first two games of the series have been flipped so that Monaco, instead of UNICS, will host Game 1 on Tuesday, April 27, at Stade Louis II. UNICS will host Game 2 on Friday, April 30, at Basket Hall Kazan. If necessary, Game 3 will be held sooner than the original date, on Sunday, May 2 instead of Wednesday, May 5, in Kazan, where Monaco would remain after Game 2 if the series is tied.

The agreement assures that UNICS will retain the home-court advantage that it earned with a slightly better group point differential in the Top 16, which both teams ended with 5-1 records.

The change in the venue order for the Finals was necessitated by Monaco’s responsibility under French legislation to quarantine after certain trips abroad. The agreement reached by the two clubs will preserve both the home-court balance and one home game for each without prolonging the series. As such, their agreement will minimize the impact of the series for both clubs on their domestic league schedules.