Ken Rodgers had long been drawn to the idea of doing a documentary on the story-rich career of Al Davis, who was at the center of so many of the key events in pro football during his more than half-century in the game.

The rebellious former coach and owner of the Raiders built one of the great franchises while battling the league and former commissioner Pete Rozelle in court for years.

When Rodgers embedded himself with the Raiders while filming “Hard Knocks” during training camp in 2019, he got a firsthand look at how the once contentious relationship between the team and the league that ran so deep that Davis would complain to NFL Films about perceived slights over the years had cooled in the nearly decade since Davis died.

After fighting with the league over moves to and from Los Angeles in 1980s and ’90s, the Raiders now had gotten the league’s blessing — and some funding — to move to Las Vegas in 2020 with the fancy new stadium that had always eluded Davis.

“It seemed like the perfect time to tell story of the Al Davis-Pete Rozelle war,” Rodgers said. “The building of the stadium marked, to me, the end of hostilities between the two organizations.”

The idea turned into the latest film in ESPN’s 30 for 30 series, “Al Davis vs. The NFL,” which will air on Thursday night on ESPN.

The film focuses on the relationship between Davis and Rozelle, who were adversaries starting with the battles between the AFL and NFL in the 1960s, all the way through the end of Rozelle’s tenure as commissioner in the 1980s after a heated trial over the Raiders move to Los Angeles.

With such compelling main characters, Rodgers wanted to tell the story from their vantage point rather than the perceptions of outsiders. That led him to use the innovative technology known as “deepfake” that allowed him to narrate the story from the perspective of the “spirits” of Davis and Rozelle.

“We needed the framework of telling the story from today,” Rodgers said. “Ten years ago, we would have done that with actors and put a wig on them. With the new technology of deepfake, we thought this was a great opportunity to do what hasn’t been done in sports documentaries and bring Al Davis and Pete Rozelle back to tell their stories themselves.”

The process required several steps to make it to the screen. The filmmakers spent a day at Allegiant Stadium this past season filming stand-ins for Davis and Rozelle, who were of similar height, weight and build.

The stand-ins were fitted with prosthetics for their hair and necklines and then their faces were placed digitally with the “masks” of Davis and Rozelle.

Rodgers and his staff then pored over the voluminous record of interviews that the two stars gave over the years from the NFL Films library to courthouse step interviews for the trial to other footage to determine what they would say about different aspects of the relationship. Impressionists read the words that served as the narration of the documentary.

By filming the scenes with the “spirit” versions of Davis and Rozelle in a dark, empty stadium that didn’t even exist when the men were alive, Rodgers believes makes it clear to viewers that this was a fictional recreation.

“The purpose was to bring it into that science fiction setting,” Rodgers said. “We wanted to avoid any sort of morality issues with people thinking Al Davis or Pete Rozelle were somehow alive or some sort of footage was discovered of them. This eliminated any sort of confusion and make it clear these were science fiction creations. Doing so allowed us to write that dialogue based on fact.”

Interspersed with that dialogue was extensive footage of the two men talking about their battles from the days of AFL-NFL merger to the trial in the 1980s when the NFL tried to block the Raiders from moving from Oakland to Los Angeles in 1982.

That all leads to Davis telling the story of how he and Rozelle hugged after the commissioner announced his retirement during a 1989 owners meeting.

That scene provided the inspiration for the ending when the two former adversaries marvel over the $2 billion stadium that Davis’ son, Mark, got built in Las Vegas with help from the current commissioner, Roger Goodell.

“I believe if there is an after life and if their spirits are spending time together, that they would indeed walk away peacefully together rather than continue their fight,” Rodgers said. “It feels to me that the current generation has put to rest the war and if they were still around, the previous generation would lay down their arms as well.”

If Biden wants to fix health care, he will need Republicans 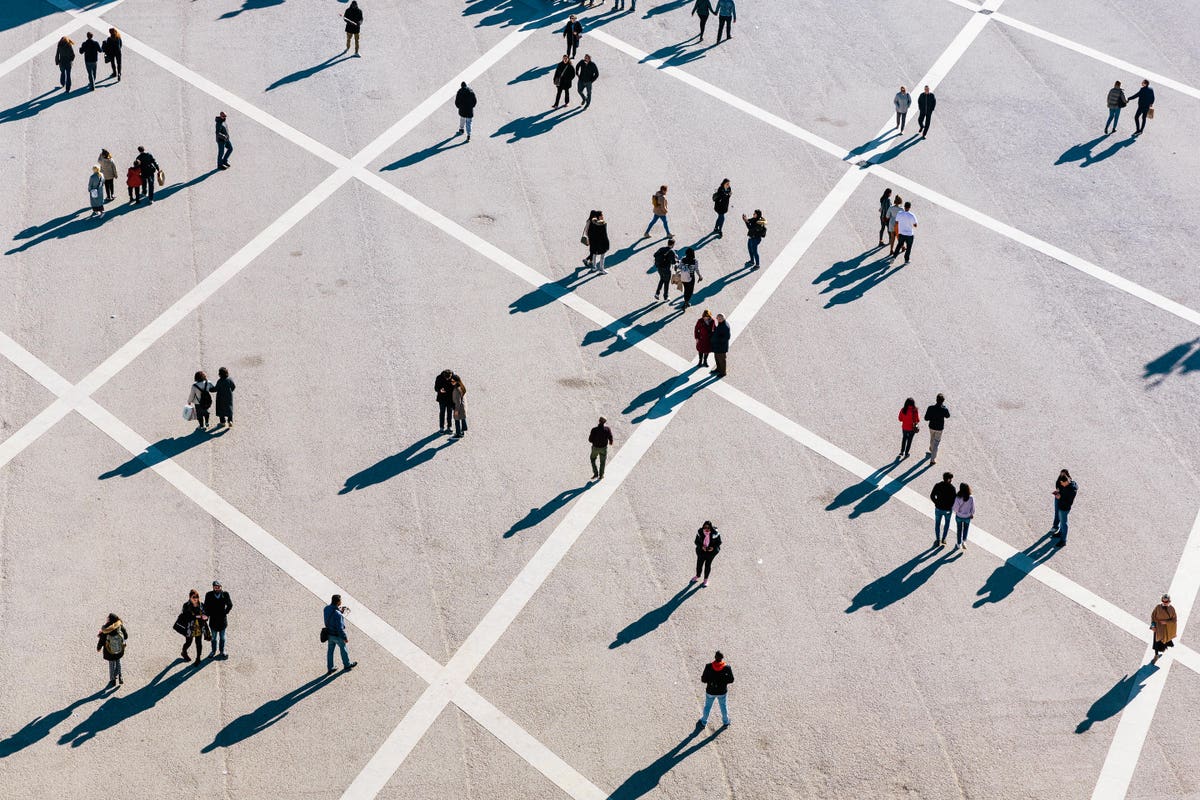