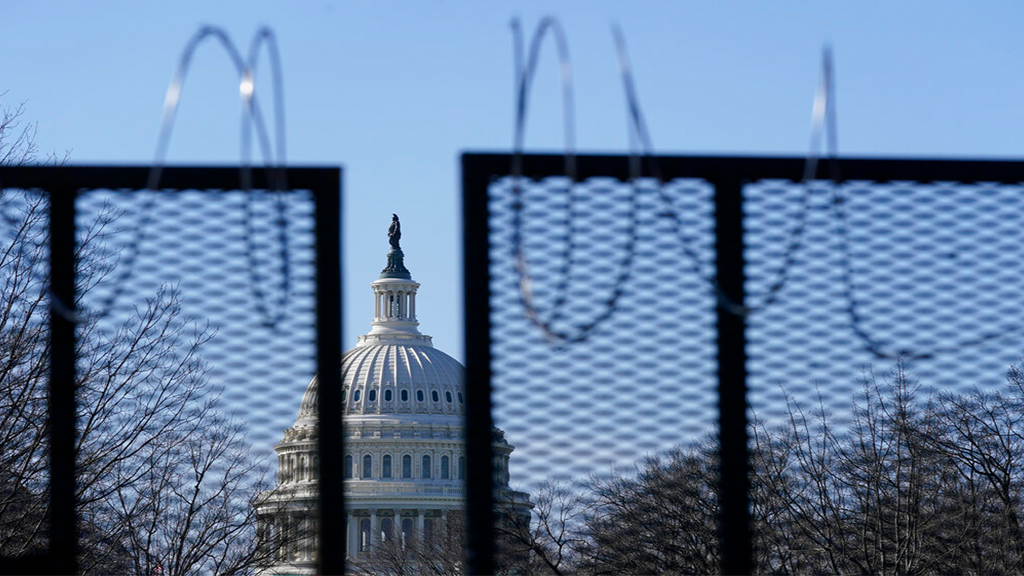 But if you really want to understand the arcane mechanics behind the debate about Democrats potentially eliminating the Senate filibuster, perhaps we should cancel “Mr. Smith Goes to Washington.”

The iconic, 1939 Frank Capra classic starring Jimmy Stewart iconized the filibuster in the American political experience. Social studies and history teachers showed the film in class to demonstrate the filibuster.

It’s as good as American cinema gets.

And the movie generally hoodwinked generations of Americans about what the filibuster actually is and warped their understanding.

Yes. Stewart’s lengthy oratory is in fact one form of a filibuster. That is central to today’s conversation about the future of the practice. But it’s only a fraction of what the filibuster is about.

For starters: A filibuster is any Senate tactic to hold up a bill or a nomination. In fact, some may argue that the term “filibuster” is pejorative. By its nature, the Senate features “unlimited debate.” That’s where the filibuster kicks in. If a senator has the floor, and wants to talk. And talk. And talk. Well, they can delay something – by talking.

But that’s not the way most “filibusters” work. And that’s why some senators take offense at the accusation that they are even conducting a filibuster. If the Senate rules allow unlimited debate, senators may contend all they are doing is exercising their prerogatives.

And, because everyone watched “Mr. Smith Goes to Washington,” the public is hornswoggled into thinking that all filibusters unfold when a senator takes the floor for hours at a time. Not necessarily. It’s not a filibuster if a senator isn’t actually delaying something. If there is nothing in the parliamentary queue and a senator ties up the floor for 12 hours, no dice. No filibuster. There’s a highly technical term for such a senatorial phenomenon. On Capitol Hill, we call it “a really long speech.”

Some sources credit Sen. Ted Cruz, R-Texas, with the fourth-longest filibuster in history. Twenty-one hours and 18 minutes, garnished with a serving of “Green Eggs and Ham.”

Not true. Cruz’s 2013 sermon didn’t stymie anything. Then Senate Majority Leader Harry Reid, D-Nev., had teed up a procedural vote on the spending bill Cruz was purportedly “filibustering.”

Cruz began his oratory on Tuesday afternoon, Sept. 24, 2013. But the Senate clipped him midday Wednesday, Sept. 25, 2013. That’s because, by rule, Reid’s procedural motion automatically ripened at 1 p.m. Wednesday. There was nothing Cruz could do about it. Reid couldn’t really move the vote up earlier (maybe by a couple of hours, but that parliamentary point is embedded deep into the terra firma). So, even though Cruz gave a lengthy speech, he technically wasn’t conducting a filibuster.

Most “filibusters” are invisible to the lay observer. Imperceptible. Behind the curtain. And if you weren’t familiar with the dark arts of the Senate, you may never even know a filibuster is unfolding.

Senate Rule XXII (22) deals with “filibusters.” It lays out the Senate process to “bring to a close the debate upon any measure, motion, other matter pending before the Senate, or the unfinished business.” A “motion to proceed” to start work on a bill is subject to “debate,” and thus, a filibuster. Rule XXII permits the Senate to “bring to a close” that debate if 60 senators are willing to vote yes. Such a vote ends a filibuster against just launching debate on a bill. The same process applies with ending debate on the bill and going to a final vote.

But the convoluted part is that “debate” in the Senate doesn’t actually mean “debate.” Yes, senators may delay the Senate from considering bills through extended “debate” (e.g., a filibuster). But in the current Senate, “debate” doesn’t mean senators have to be on the floor “debating.”

In other words, senators can delay the Senate from starting work on a measure – without even being there. The same with closing work on an issue and advancing to a final vote.

This is where the mystery enters.

Such “cloaked” filibusters are the preferred delaying tactic in today’s Senate – not a “Mr. Smith Goes to Washington”-style filibuster.

This is notable, based on what President Biden told ABC News recently.

“I don’t think you have to eliminate the filibuster,” Biden told ABC’s George Stephanopoulos. “You had to stand up and command the floor. You had to keep talking.”

So how exactly does one abolish the phantom filibuster but somehow require senators to seize the floor with actual oratory if they want to clog the works?

Do you change Rule XXII?

“His preference is not to make changes to the filibuster rules,” said White House spokeswoman Jen Psaki.

Parsing the precision of Psaki’s statement is important.

A Senate rules change is subject to a filibuster itself. It takes 67 votes (!) to end a filibuster to a proposed rules change. That means it’s a near mathematical improbability the Senate would ever have the votes to actually change Rule XXII. So, senators would have to go another route. They might opt to establish a new “precedent” for filibusters.

There are 44 standing rules of the Senate. But the Senate relies of a voluminous book of precedents for many of its operations. The Senate can establish a new “precedent” and upend current filibuster provisions with just 51 votes. So far, filibuster reform advocates lack the necessary votes for a new precedent. But that could change.

Think of the Senate as a political hothouse over the next few months.

First, these various bills will face filibusters, stunting their passage. That very well could bolster support to end the filibuster. Liberals hope such legislative cul-de-sacs will apply pressure on senators otherwise unwilling to upend the filibuster.

DAVID BOSSIE: DITCH THE FILIBUSTER AND PASS A RADICAL AGENDA — HERE’S WHY DEMS’ DREAM COULD BACKFIRE

So, keep an eye out for those.

No one quite knows what Democrats may have up their sleeve procedurally. They could use a failed cloture vote on one of these policy issues to unleash “Nuclear Option III.” Such a gambit would drop the requirement to end a filibuster on legislation to 51 yeas.

Or maybe, just maybe, Democrats could try to preserve the speaking filibuster and make changes to filibusters for individual types of issues – such as voting rights. It’s conceivable such a maneuver could establish a new precedent for those sorts of bills. It all hinges on how creative Democrats can be … should they decide to detonate the filibuster.

House liberals are keeping an eye on the Senate.

“If the Senate becomes under Democrats what it was under (Senate Minority Leader) Mitch McConnell, R-Ky. – the graveyard, where all good things go to die – this is going to be a huge problem for us in the midterms,” predicted Rep. Pramila Jayapal, D-Wash., co-chair of the House Progressive Caucus.

It’s also unclear how senators could mandate that a filibuster be of the “speaking” variety and not the phantom variant.

And that’s the challenge. How do you preserve something that everyone seems to know about, but is rare, i.e., the “talking filibuster”? Yet eliminate a Senate practice that few off Capitol Hill know anything about, is common, yet practically aspirational, i.e., the “phantom filibuster”?

Where’s Frank Capra when you need him? 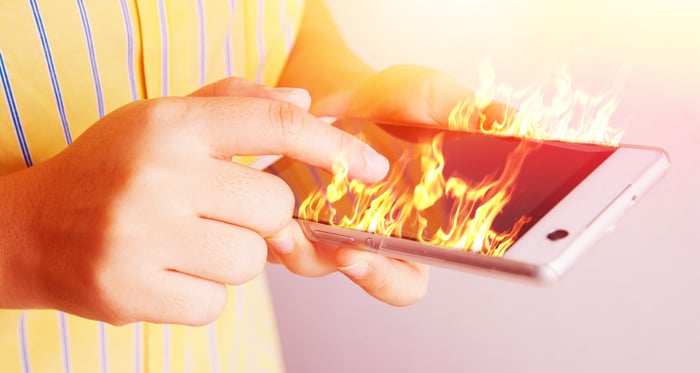 Mobile Mania: Digital Turbine To Buy Fyber For $600M, IronSource To IPO Via SPAC, TikTok Drops $4B On A Game Studio