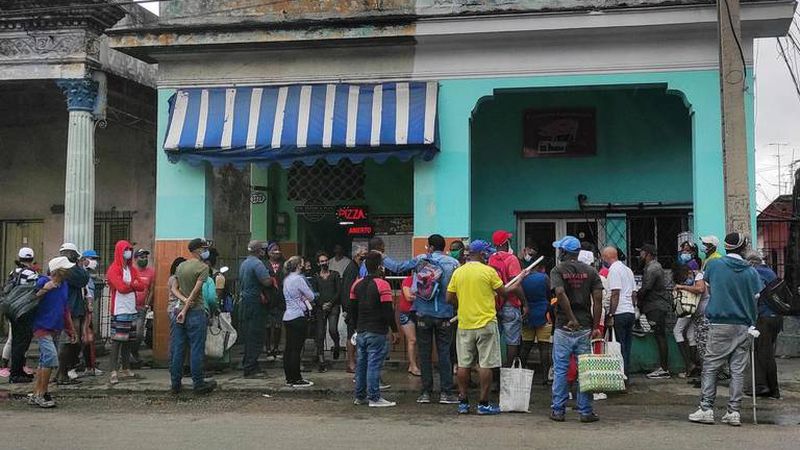 Cuba’s Ministry of Foreign Trade and Foreign Investment is opening the door to Cuban Americans who want to participate in foreign investment projects as the island tries to jump-start its beleaguered economy and encourage Washington to loosen sanctions.

Katia Alonso, the ministry’s director of foreign capital investments, told the Miami Herald by email in response to a list of questions that Cuba won’t reject potential business bids from Cuban Americans based on the sole fact that they live in the U.S. — something she said the law has never prohibited, though in the past exile entrepreneurs haven’t always been welcomed either.

“Cuba is open to foreign capital regardless of its place of origin,” Alonso explained, “so if a Cuban American were interested — whether they were born in the U.S. or migrated to that country — in investing on the island, their interest would be evaluated just like any other potential investor from any other place of origin.”

The invitation comes as Cuba looks to boost foreign investment by including opportunities for small and medium business investors within the 503 projects now available, adding up to an estimated $12 billion. Most of the open proposals are in the tourism and energy industries, while the others include investment projects in agriculture, commerce, telecommunications, construction, medical tourism and pharmaceutical industries.

Cuba is in the midst of its most severe economic contraction since the collapse of the Soviet Union, with the government reporting an 11 percent contraction last year. Pandemic lockdowns, Trump administration sanctions and Venezuela’s worsening crisis shut the island off to traditional lifelines for revenue such as tourism. Cuban officials are hoping the Biden administration will loosen Trump-era restrictions on travel and remittances, though thus far the new administration has signaled that changing Cuba policy is not a priority.

“If the Biden administration is looking for signs of positive movements in Cuba as a rationale for why it should relax some of the restrictions imposed during the Trump era, this gesture by the Cuban government could be seen as a positive step forward,” said Richard Feinberg, a University of California professor and former diplomat.

The foreign investment projects are led by existing Cuban businesses, which would create partnerships with potential investors and negotiate the terms of their business proposal. It would then have to be approved by the Cuban government. Alonso said foreign investors can still propose their own private business ideas, and they will be considered as long as they meet the government’s requirements under their foreign investment policies. She first suggested Cuban Americans might apply at a press conference in March.

“The participation of Cubans who live abroad in a more active way in the economic development of the country corresponds with a desire to continue strengthening ties between Cubans and their country,” she told the Herald.

The foreign investment program does not apply to Cubans living on the island, who are legally barred from establishing medium to large private businesses in the communist country.

This became an issue in one notable case in 2016, when Saul Berenthal, a Cuban American investor wanting to create the first U.S. manufacturing plant on the island since Fidel Castro took power in 1959, saw his plans fall apart after deciding to change his permanent residency to the island, the Herald reported. Berenthal, who was born in Cuba, had proposed a plan to assemble tractors to help small farmers on the island.

Alonso said that for a foreign investor to qualify under Cuba’s laws, they must be a “natural or legal person, with residency and capital abroad.”

“In that regard, a repatriated Cuban citizen, since they do not meet the requirements established for foreign investment, would need to follow the norms for non-state forms of business in the Cuban economy,” she said.