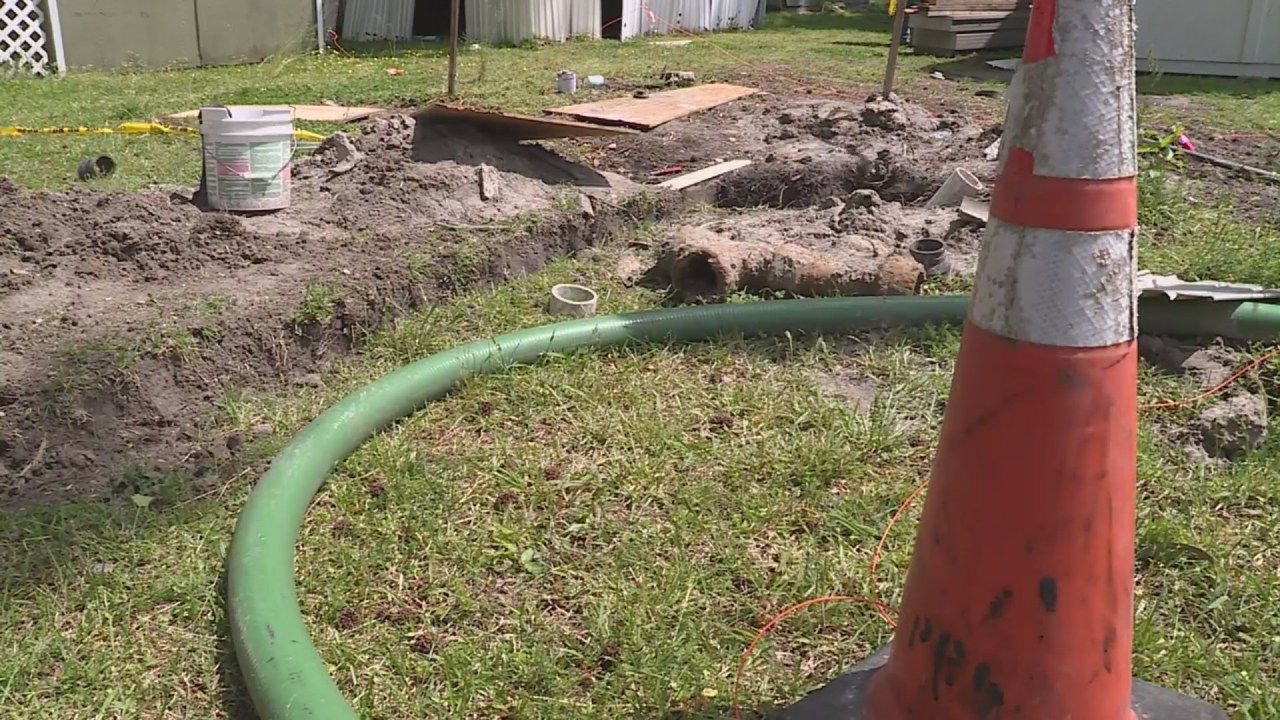 NORFOLK, Va. (WAVY) — It’s not the first time 10 On Your Side has been called to the Smitty’s Mobile Home Park on Newtown Road in Norfolk — and what we found during a visit Tuesday was out of order.

An open pit of PVC sewage pipe and sewage spilling out of a pipe, stinking up the air.

10 On Your Side asked resident Jesse Beacham flush his toilet and turn on the faucets in his mobile home. Sure enough, five minutes later, we found the cracked pipe.

“You turn on the faucets, flush toilets. My trailer, the other trailers, you can see the backups. They overflowed and the pipes are not connected inside,” he said.

Beacham grabbed ahold of the sewage clean-out cap and unscrewed it. Backed-up sink water and toilet water poured out.

Not only Beacham: two other residents opened up their faucets and let the water flow. It didn’t take long to have flooded side yards.

It is a health concern, and 10 On Your Side wanted answers, so we went to the park manager who quickly welcomed us with a closed door. We yelled to her that we wanted to know why she has sewage in the yards and cracked sewage pipes, but there was no answer.

We found the maintenance man, who has been working on the sewage system.  His name is Chad Howard, and residents like him because he is the one who dug the trench to get to the root of the problem.

“I talked to management about the pipe issue, and I said, ‘I don’t put lipstick on a pig.’ That’s why it took a week to do it by myself,” he said.

10 On Your Side asked if he was disappointed the work, which he thought was correct, was not.

“Well yes. That’s the nature of the game… Plan A doesn’t work, so you go to plan B… We will get it right.” he said.

As we were talking to Howard, Officer A. Burney showed up from Norfolk police. The park’s manager apparently called him to remove us from the property.

“All I know someone called complaining and claiming to be property management.”

We understood, so we gave the officer a fist bump and off we went.

Howard hopes to have the project completed by Wednesday, but it looked complicated and may need the attention of a plumber who deals with residential community plumbing.

The City of Norfolk also sent out department of utilities to put eyes on the project, too.